Their music included on Wire Magazines give away, heavily discussed on the blogosphere including The Skinny and Loud Quite. Live performances include Latitude Festival, Green Man and support slots with the likes of Flamingods, This is the Kit and Dakha Brakha. In 2017 Yama Warashi were awarded the PRS Foundation Fund in order to record their second album with Ali Chant (PJ Harvey, M.Ward, Perfume Genius) at Toybox Studios.

Praise for Yama Warashi: “This is dream pop from another realm entirely”– THE SKINNY
“Liltingly folky and malevolently unhinged”– LOUD AND QUIET
Website: https://www.yamawarashi.com/

Now joined by ‘Messages to Mars’ off the release of a new single ‘Abjure’. Check it out over here:
https://messagestomars.bandcamp.com/track/abjure?fbclid=IwAR0jIMsrZjpBUbOGm-DkSdfG5qY3DodfJmHO-5u8bxlN-zvnMRD3-IlBaWc 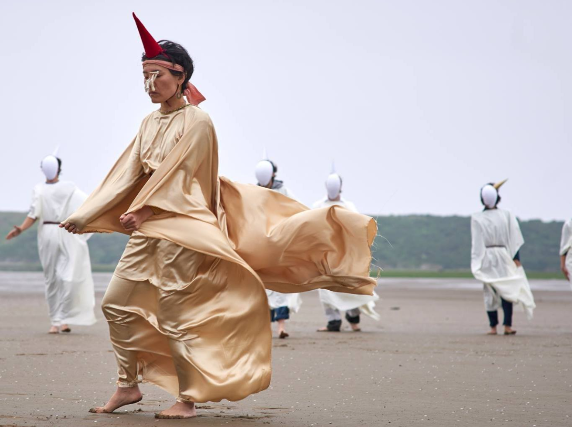