Batsch are an indie pop quartet based in Coventry, England. Their smart, groove-oriented dance-pop takes nods from classic art rock like Talking Heads as well as modern contemporaries, such as Little Dragon and Dutch Uncles. The band formed in 2013 but the collaborations of singer/guitarist Mason Le Long, bassist Joe Carvell, drummer Matt Rheeston and keyboardist Andy Whitehead date back further. A previous incarnation of the band, DON’T MOVE!, released its only album, ‘The New Pop Sound’, on Tin Angel Records in 2009. All four members have also toured extensively with other artists, including Laetitia Sadier, Marker Starling, Devon Sproule and Nicholas Krgovich, many of whom are also on Tin Angel’s roster, putting Batsch at the epicentre of the British label’s cult international scene.

Batsch released their debut EP, Tiles, in October 2013 and its follow-up, also a five-track EP, Collar, in 2014. Their debut full length album, almost-eponymously titled Batch, was released April 2017 on Tin Angel Records. Its follow-up is hot off the press, so look out for new material late 2018.

“A mellow and tireless exploration into disco melancholy.” – Artrocker

“Bursting with ideas” – God is in the TV

“Quirky, cool and a little detached..” – Lost in the Manor

“This band is the very definition of eccentricity.” – Holy Up Now 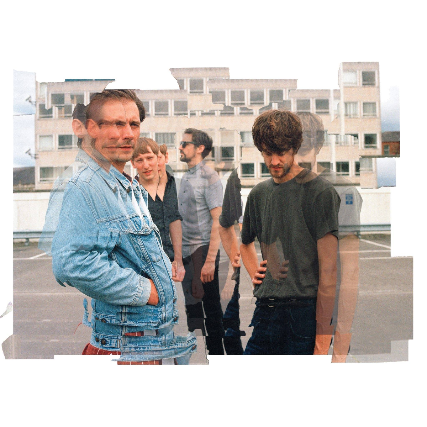