The Mechanicals Band combine their passion for poetry and their love of music and bring them together for this unique live experience.

Poems you know and love are brought to life with fresh classical and folk inspired compositions.
Formed in 2016 around a Shakespearean themed song writing competition their first show was at The RSC’s The Other Place and broadcast live on BBC Radio3.
This year the group have released their first Miscellany EP featuring songs of poems by Yeats and Browning among others. “This is brilliant” reads a short but glowing review from RnR Magazine.

Songwriter and lead vocalist Wes Finch plays the guitar and is accompanied by the skilful and vivacious double bass playing of John Parker (Nizlopi) and the subtly interweaving string lines of Jools Street (violin) and Katrin Gilbert (viola). All is accentuated by the percussion and drums of Ben Haines.

William Shakespeare was the main inspiration and theme for the bands debut release ‘Exit, Pursued by Bear’, released in 2017 and described by FATEA as:

“A gem of an album, combining bittersweet contemporary style acoustic ballads, with Shakespeare’s words and a subtle folk-blues swing.”
https://www.mechanicalsband.com
Supported by Ellie Gowers
Warwickshire songwriter, Ellie Gowers, has been quietly brewing her self-penned songs for a while. A regular performer, her music embeds a fierce energy that echoes the 60’s folk revival scene and although she may be small, Ellie manages to hold pride of place on stage with her strong vocals.
https://elliegowersmusic.com/ 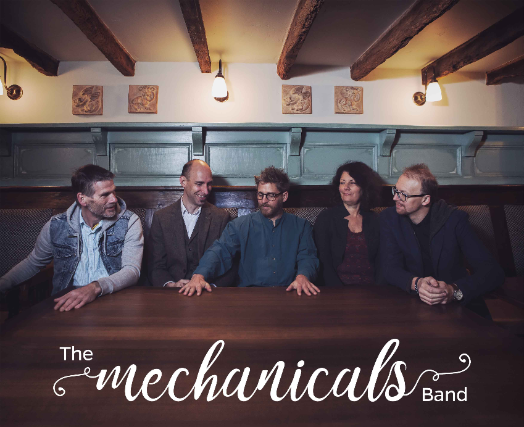