Boudica Presents: She Drew The Gun


Louisa Roach isn’t a protest singer. The ambitious, melodic psych pop this Merseyside artist makes under the moniker She Drew The Gun is too abstract for that label, more dreamy than didactic. But it’s fair to say this rising star – winner of Glastonbury’s Emerging Talent contest in 2016 – works adjacent to that tradition, taking inspiration from the likes of underground folk legend Malvina Reynolds, and contemporary poets such as Kate Tempest and Manchester’s Toria Garbutt.

“I’ve always felt drawn to music that says something,” explains Roach, “music that goes beyond simple love songs. As a songwriter, you’ve got the whole spectrum of human experience to draw from; half of that is the bigger picture stuff.”

It’s mostly the latter that drives Roach’s music, from her promising 2016 debut, Memories of the Future [“Junkyard Scouse soul, built ingeniously on a Wirral council budget” ★★★★ Uncut] to her brilliant, forthcoming follow-up, Revolution of Mind, to be released October 5th on Skeleton Key Records. If there’s a central theme to this new record, says Roach, it’s liberation, in various guises: “Empowerment; resisting; arming yourself with knowledge; questioning the status quo, questioning your own state of mind and how it’s affected by the systems we live in…”

Listen to Revolution of Mind, with its melodic choruses and stream-of-consciousness style verses delivered in Roach’s cool, Scouse-inflected vocals, and it’s clear where She Drew The Gun hail from – spiritually and geographically. “I love 60s music and Psychedelia, I’ve also been inspired by Liverpool bands like The Coral, The La’s and The Lightning Seeds. I think we’re somewhere along that continuum.” 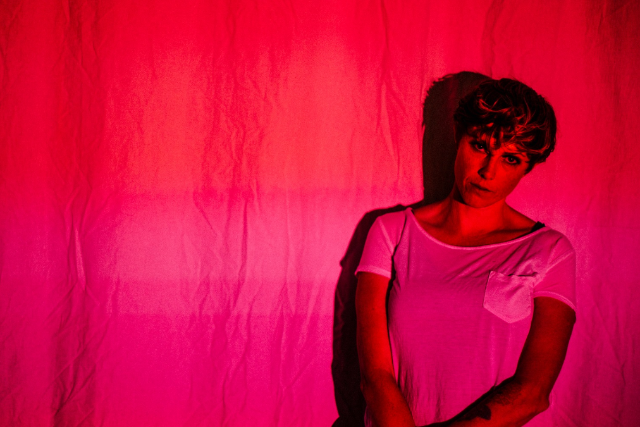