The music of Rozi Plain has always felt like a freeze-frame. A colourful and graceful snapshot of the world, paused, suspended in time, and then gently toyed with, like stepping out of the linear world as we know it. Wide awake in dreaming. There have been three records over the past decade, each one just like this, alluring and beguiling in the delicate nature through which they exist, as if one wrong move could lead the whole thing to collapse in on itself, sending you tumbling back to the real world at any given moment.

Her brand new album, ‘What A Boost’, carries the same sense of exquisite elegance but is an altogether different, and distinctive, journey. One, in fact, that was inspired and informed by just that: of travel and passage, of the unique inspiration found in different and differing people and places. Of movement and motion. Of journeying.

Tweaked and refined during a year spent touring the world playing bass in This Is The Kit, ‘What A Boost’ nurtures its homely roots and then blooms into a record that isn’t strictly about life on road but is undoubtedly, and beautifully, shaped by it. Textural, repetitive, propulsive, the whole piece plays out like a soundtrack to the world flying past the window; all of the shapes, colours, sights and sounds, flickering fast as we try to take as much of it in as we can.

‘What A Boost’ is also the product of the singular spaces within which it was created. First there was the Old Dentist’s Studio around the corner from Rozi’s home in Clapton, where many of the initial ideas were first conjured. Then there was an RAF base in Suffolk where some of the songs began to come to life. A day off on tour in L.A enabled a fruitful days recording three songs (Swing Shut, Conditions and Trouble) with Chris Cohen (Deerhoof, Cass McCombs, Weyes Blood). Then back to London, where the album really came together at The Total Refreshment Centre, a somewhat legendary fixture in the flourishing London jazz scene. Rozi’s previous album, Friend, was the first to be recorded there. “Since then the TRC became part of my life. A great community of artists and musicians getting stuff done, making proactive moves,” enthuses Plain. Naturally she returned there again for ‘What A Boost’, shortly before its closure as a live venue in 2018 due to intervention from Hackney council.

Batsch are a ‘dark disco’ quartet based in Coventry, England. Their smart, groove-oriented dance-pop takes nods from classic art rock like Talking Heads as well as modern contemporaries, such as Little Dragon and Dutch Uncles. The band formed in 2013 but the collaborations of singer/guitarist Mason Le Long, bassist Joe Carvell, drummer Matt Rheeston and keyboardist Andy Whitehead date back further. A previous incarnation of the band, DON’T MOVE!, released its only album, ‘The New Pop Sound’, on Tin Angel Records in 2009. All four members have also toured extensively with other artists, including Laetitia Sadier, Marker Starling, Devon Sproule and Nicholas Krgovich, many of whom are also on Tin Angel’s roster, putting Batsch at the epicentre of the British label’s cult international scene. 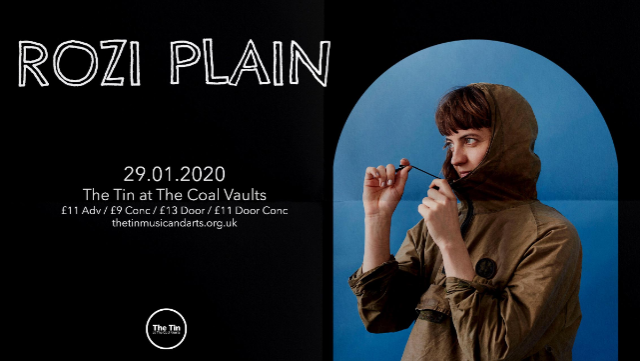