There’s a difference between something entering your periphery and truly seeing it. Sight, the enveloping new album from Toronto electronic explorer Brad Weber, aka Pick A Piper, is all about the latter. The Caribou collaborator’s follow-up to 2017’s acclaimed Distance is a lucid dream of delirious synth shudders, pulsing beats, eclectic instrumentation and corroding digital noises that asks how often we fully lock attention on what’s around us: the real life people and places that exist beyond the bleaching glare of our phone screens. Written alone at home, beginning many tracks on his family piano, it takes influences from ambient music, ‘70s Brazilian folk, ‘80s Bollywood disco, modern cumbia and much, much more. Weber calls it “a hopeful statement that encourages others to be as selfless as possible… an album about putting yourself second to others and finding solace and optimism in an increasingly fragmented world.” There’s a world outside your laptop screen. Sight might just help you see it.

SUPPORTS:
Batsch are a ‘dark disco’ quartet based in Coventry, England. Their smart, groove-oriented dance-pop takes nods from classic art rock like Talking Heads as well as modern contemporaries, such as Little Dragon and Dutch Uncles. The band formed in 2013 but the collaborations of singer/guitarist Mason Le Long, bassist Joe Carvell, drummer Matt Rheeston and keyboardist Andy Whitehead date back further. A previous incarnation of the band, DON’T MOVE!, released its only album, ‘The New Pop Sound’, on Tin Angel Records in 2009. All four members have also toured extensively with other artists, including Laetitia Sadier, Marker Starling, Devon Sproule and Nicholas Krgovich, many of whom are also on Tin Angel’s roster, putting Batsch at the epicentre of the British label’s cult international scene. 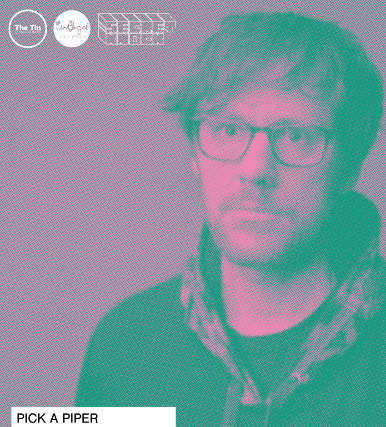