We are delighted to welcome the legendary Peter Zummo to The Tin with an incredible ensemble, including Peter Broderick (Efterklang), label mate and experimental cellist Mabe Fratti, and Joe Carvell of Pink Shabab.
Coming from the interdisciplinary avant-garde of New York City’s downtown scene, Peter Zummo’s work over the years with Arthur Russell, Love of Life Orchestra, Flying Hearts, and Lounge Lizards saw him create a style that he wryly termed ‘minimalism plus a whole lot more’.

Pitchfork have previously called Zummo’s trombone work ‘peerless’ and have described his music as ‘the sound of sublimity…that sends shivers down the nervous system.’

In Sept 2019 Zummo released his latest album, Deep Drive, on new Tin Angel Records imprint Unheard Of Hope. Across the five tracks of Deep Drive, Zummo refines the work he describes as ‘composition of and for ensemble’ with five, very different musicians.

Mabe Fratti’s sensibility is the triumph of experimentation over technical dominion of an instrument. The experimentation of sound with feelings, with existence itself, with an open heart, letting herself to be transformed by what she lives and hears. This is what has led Mabe Fratti from Guatemala to Mexico City. From the creation of pop songs to free improvisation, from the academy to noise, from collaborations in ensembles and duos to the profound personal journey that is reflected in her solo works.

That’s why Mabe’s music converts us to sensible sounding boards: through a hypnotic and captivating performance, Mabe sews contemporary elements like shoe gaze and dream pop with ancestral influences that go from Gregorian chants to Sephardi music, transforming them in ingredients of a potent sonic ritual that causes a profound emotional impact.

Lyrically, she was inspired mostly but not entirely by Murphy by Samuel Beckett. The reason why her debut album ‘Pies Sobre la Tierra (Feet on the ground)’ is because Mabe wants to refer to the conciliation of the space that we consider mental with the “physical” and “real”. However, even though there’s a sensation of separation, there’s also a unity to which we’re bound to observe through a lens and operate on it through assumptions and intentions. 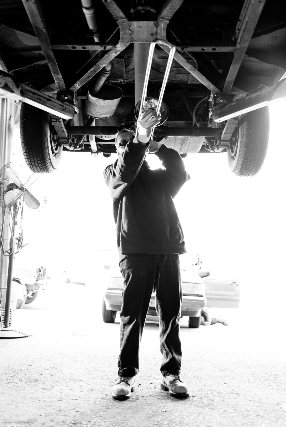