Hailing from the Isle of Man via Brighton, Penelope Isles is the collaboration of brother and sister Jack and Lily Wolter. The band mix waves of ambient delays and fuzz guitar noise, sonic dynamics and melodic pop hooks entwined with girl-boy harmonies. Their self-produced home recordings portray an honest lo-fi approach when capturing their own music. Their live set is hypnotic, captivating and moving, smeared with glistening psych, dreamlike chimes, and potency that will transfix and satisfy. After self-producing/releasing their debut EP ‘Comfortably Swell’ in 2015, Penelope Isles have consistently toured the UK/Europe off their own backs (Wavey Head Bookings) working with some of the best promoters in the UK (Bird On The Wire, Parallel Lines & Melting Vinyl). As well as selling out shows both in Brighton and London, the band has opened for The Magic Numbers, Lost Horizons, Walter TV, Airwaves and British Sea Power.

For the lovers of Deerhunter, Neil Young, Radiohead, and The Magic Numbers.

The Howl and The Hum 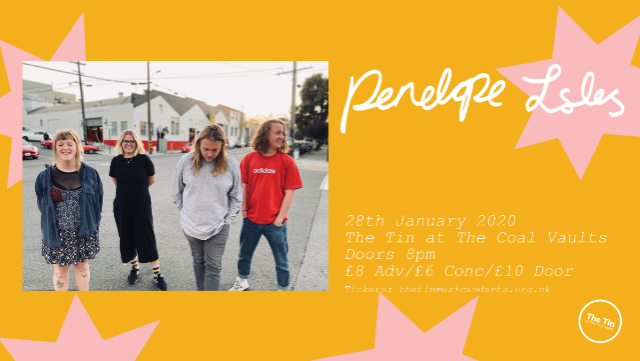