“Miracle In The Night’ is incoming through Tin Angel, and it finds John Southworth yet again digging down in the deepest reaches of his soul” CLASH Magazine

“Beautiful and benevolent one second and unsettlingly medicated the next” Pitchfork

“Southworth‘s dark, absurdist sense of humour and restless creativity might be comparable to that of Destroyer or Beck” Exclaim!

We awake to find Southworth opening up a new song bag. Falling into the ellipse amidst torn fabric, conspicuous birds, shadows in a looking glass; not only is everything here a sign – everything is a miracle. With miracles comes transformation, and consequently destruction, followed by release wherein tears distill the greatest miracle of all: a song.

Southworth is an archaeologist of love, sifting through relics and artifacts, the compost of this world’s memory, revealing stories that feel caught in slow motion, in mid-air, no beginnings or endings. Everything has always existed in this chaotic present; once distant stars now the altars of Tin Pan-Schubert Alley.

The songs of Miracle in the Night read like a stoic’s recital of an untraceable lieder. Carefully, each is a gradual, unfurling cadence. You may recognize his longtime band ‘The South Seas’ – gentle and steady, calm and restrained, playing just before dawn, a solstice cabaret in a megalithic tower. The endless red curtains from the Lynch dimension rise and fall around you.

In this world, John Southworth lives in Toronto with his family, teaches the art of song, appears in films and wanders the parks looking for clues. This is his 12th full-length release, arriving on the hooves of 2016’s Small Town Water Tower, which crosshatched a glam-pop ooze into the rigorous comparative mythology of 2014’s epic Niagara. Similarly rich with symbol and folklore and pristine melodies, Miracle in the Night offers us a delicacy of fantasy, focusing our attention into a state of constant revelation, alive in song. 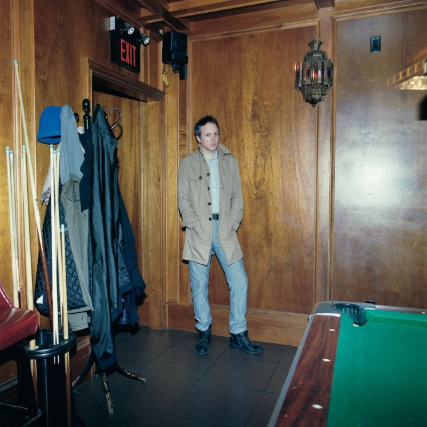