In association with Coventry Jazz and West Midlands Jazz

ECM recording artist Iain Ballamy is internationally recognised as a saxophonist and composer. He has been described variously as urbane, original, melodic, freethinking and uncompromising.

Listed in the BBC’s publication ‘100 Jazz Greats’ between Count Basie and Chet Baker his work is contemporary with both strong jazz and classical references and yet un-encumbered by formality and tradition.

Over 3 decades spent transcending musical genres and stereotypes and gradually forging strong and ongoing relationships with musicians around the globe, Ballamy has worked with many cutting-edge figures of today’s contemporary jazz scene. Ballamy was presented with the BBC Jazz Award for Innovation in 2001. ‘Food’, a group co-formed with drummer, composer and electronics wizard Thomas Stronen, released its third album for ECM records entitled ‘This is Not a Miracle’ featuring Christian Fennesz on Guitar.

As a composer, Ballamy has written soundtracks for two films directed by Dave McKean: ‘Luna’ and ‘Mirrormask’, the latter produced and released worldwide by the Jim Henson Company.

In 2007 Ballamy became the first jazz musician to receive the prestigious Paul Hamlyn Composer’s Award. As a soloist Ballamy has performed ‘Concerto for Stan Getz’ by Richard Rodney Bennett with the BBC Concert Orchestra and premiered Gary Carpenters Saxophone concerto ‘SET’ on Radio 3 with the BBC Philharmonic Orchestra in 2014. Commissioned pieces for the London Sinfonietta, Apollo Saxophone Quartet and Joanna MacGregor form part of Ballamy’s diverse catalogue of works.

“Ballamy’s is a melodic thoughtful style, born out in beautiful original tunes.”
— Linton Chiswick, Time Out

“Intensly melodic, eventful and full of surprises… The beauty of tone that Iain Ballamy gets is certainly one of the joys of the current scene, and his concern with creating it echoes Stan Getz’s.”
— Andy Hamilton, Jazz on CD 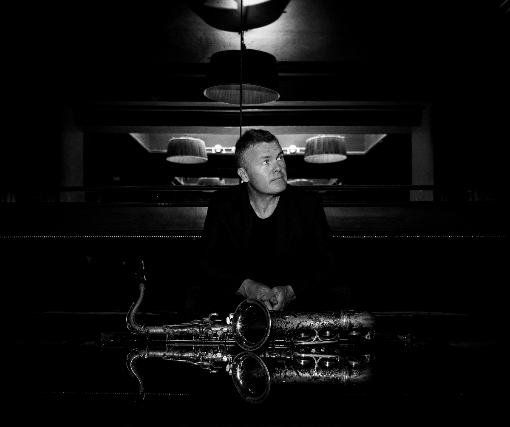