George Pannell is an exciting young musician from Birmingham. His dreamy indie-pop sound incorporates influences from fellow Brummies JAWS and Swim Deep, to the likes of My Bloody Valentine and Nirvana. His music has been described by many as a mix of The Libertines style guitars, and Declan McKenna inspired lyrics and vocals.

George has played all around Birmingham over the last year, including support slots at the O2 Academy, while supporting the likes of SUGARTHIEF, John Buckley and FLING. He has also headlined the iconic Sunflower Lounge.

His latest single Fade Away was released on February 20th, accompanied by a sold out headline show at The Sunflower Lounge. It received airplay on BBC WM introducing, being labelled as ‘a great record’. 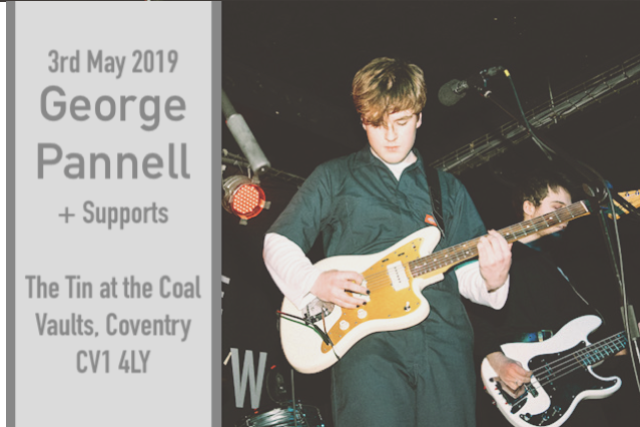