DIANE CLUCK is a singer-songwriter of intuitive folk music. She tours the US, UK and Europe, employing singing as a healing, textural experience in which audiences may wander, ponder, or simply be. Her vocal style has been noted for its clipped, glottal beauty, and described as “an unlikely mix of Aaron Neville, the Baka people, and Joni Mitchell…unaffected yet unusual”. (NPR)

She accompanies herself on various instruments including guitar, piano, harmonium, zither, and a copper pipe instrument she built by hand. Time Out New York cited her as a “brilliant idiosyncratic guitarist”.

Diane contributed to New York’s burgeoning Antifolk scene in the early 2000s. Since then, singer-songwriters Laura Marling, Florence Welch (of Florence And The Machine), and Sharon Van Etten have cited Diane’s work as influential.

Starting in 2017 Diane began bringing an original workshop “Singing as Self-Care & Embodied Expression” to cities across the US and UK. While at home in Virginia Diane teaches at The Front Porch, Charlottesville’s roots music school, and was songwriting instructor for UVA’s Young Writers Workshop in 2018.

“When Diane sings, I am lost in a realm of infinite possibilities. She breaks me down, she gives me chills, she makes me cry–this is when I love music. “ -Bianca Casady (of CocoRosie)

“There was something so uncommonly arresting about Cluck’s ornate, classically-inspired melodies and the way she coaxed out her stark and poignant balladry with a peculiar and uniquely clipped glottal beauty. Free of cliché, free of clutter, it delivered the kind of emotional payoff that was totally unputdownable.” -Wears the Trousers Magazine 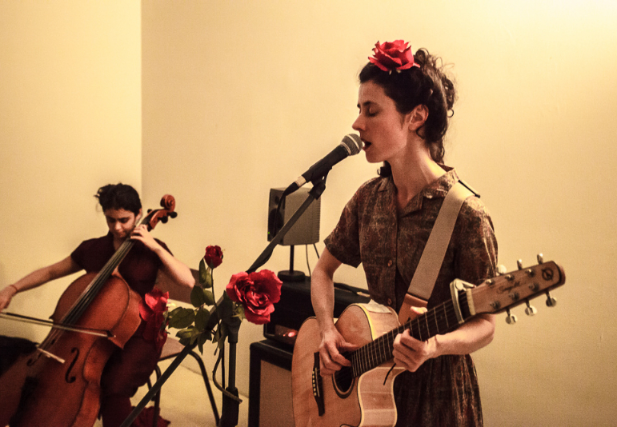