Damo Suzuki has been described as a ‘free music legend’ who first came to prominence as lead singer of the visionary German group Can.
Born Kenji Suzuki in the outskirts of Tokyo in 1950, Damo left home one day after his 18th birthday to travel to Europe. He busked and earned money as a pavement artist, before settling in Munich in 1970 to appear in the musical Hair for 3 months. It was here that someone first recognised his musical talent, and met the members of Can, an event that set his life on a different trajectory.

'Damo Suzuki Network' returns to The Tin at The Coal Vaults when Damo Suzuki performs with 'Sound Carriers' – local musicians he picks up on tours. The result is a beautifully improvised, yet totally off the wall musical experience. Not one to be missed.

This ‘metaphysical transporter’ will be joined by Resurrection Men as Sound Carriers for this show. 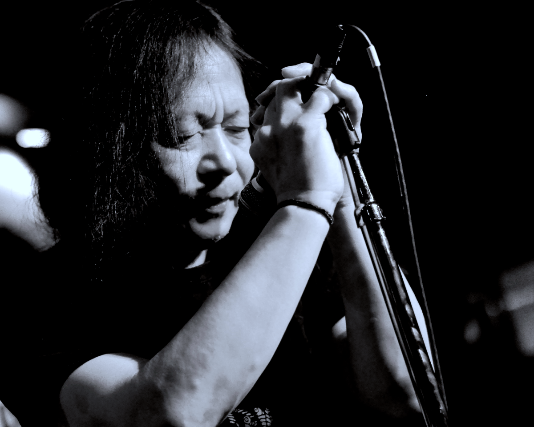