Creature Lab is pleased to announce the return of:

CHARLES DEXTER WARD AND THE IMAGINEERS
and
RESURRECTION MEN

This will be a joint headline show. Running order will be decided by a coin toss on the night.

RESURRECTION MEN are an alternative rock band formed in 2008 in the post-industrial city of Coventry, UK. With a three-pronged guitar attack producing gloomy atmospherics and hypnotic waves of noise, the band puts on a live show that is felt as much as it is heard, and is not easily forgotten. They threw genres aside with their long-awaited full length album "Resurrection Men Must Die" in 2014 and followed it up with "No" in October 2017.

Welcome to the dimension of Charles Dexter Ward and The Imagineers…

A mystery trip of red-raw rhythm, oozing blues from the sky, bruising the complexion of your psyche with huge fuzz- laden licks and puppeteering your limbs with razor-sharp hooks as you submit to the searing echoes of Captain Beefheart wrestling Deep Purple, John Barry scoring The Stooges and John- Lee Hooker giving T-Rex scrubs. 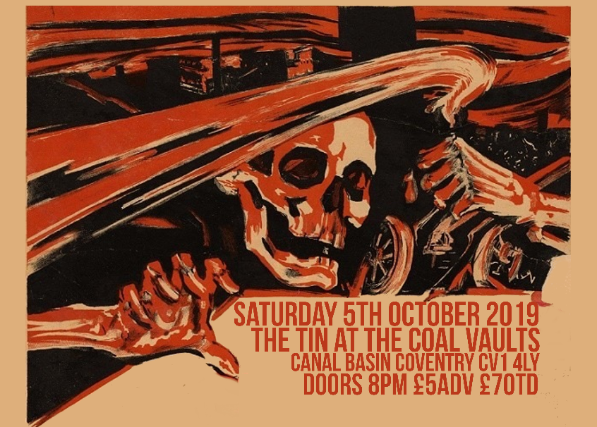