Based in London, UK, Big Joanie formed in the summer of 2013 and in 2014 they self-released their EP Sistah Punk. Establishing themselves amongst London’s thriving DIY punk scene they have since toured the UK supporting acts such as Downtown Boys, Shopping, The Ex and more.

After a chance meeting with Thurston Moore at one of their shows, followed by signing to his brand new record label The Daydream Library Series the following morning, Big Joanie released their debut album Sistahs in November 2018. It is an album about friendships, melancholy memories, and hope for the future.

Secret Power are – Jessica Ashman (guitar, vocals), Summer Scott (keyboard, vocals) and Peter Lam (drums). They have just announced that they will be putting out their first, self titled EP in February so watch this space! 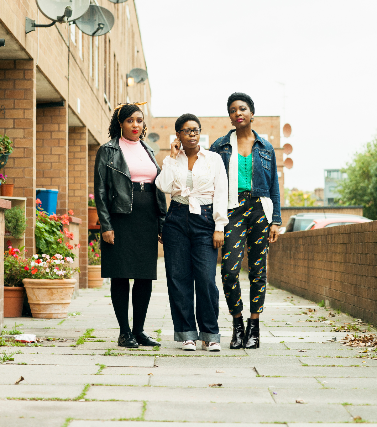