The heart-like form in the cracked muddy ground. The faces turned away from the fire. The unwanted flowers of spring – Ancient Shapes celebrate and shake with the supernatural under-dogs, they sing abrasively as the bottom feeders, no-eyed from years of pitch darkness. In this, they bring a new source of light; with an urgency that can only be described as “punk”.
Daniel Romano, (writer, producer, performer, engineer, mixer, mastering engineer, artist) of the group “Ancient Shapes” is also known for his rock and roll and sometimes folk and sometimes country and western act that wears his birth moniker. Romano has been a highly prolific and independent force in today’s ungarbaged musical and lyrical output for the last 15 years. He is reluctantly awarded and renowned. Some say genius others say trash-boy.
Ancient shapes, now supporting their  sophomore long player “silent rave” are shifting the language of punk. “Silent Rave” is a collection of raw, lucid poems, exploring various crevasses of love, the natural world, and also more love. Romano shrieks with immediacy (as he never has in his other endeavours) over the bubble gum power pop landscape he creates for these recordings.
Punks and the punk-less together find common ground in these electric folk-tales of smeared foliage. See them live to understand. Listen to the record and fill in the gaps in your creative brain. You’re good at it!
Critics like it. People like it too.
Disclaimer: (some don’t)
“Silent Rave” by Ancient Shapes is available world wide on October 5th 2018 from You’ve Changed Records.
Here’s to another century of ice. 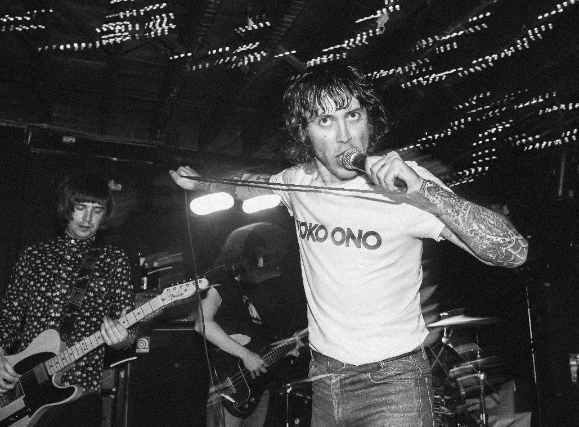