Clarinettist Adrian Cox started playing music aged 6 and turned professional at the age of 15. He has toured Europe extensively over the past 19 years and is “London’s most charismatic reedsman” (Time Out London).

Over his career he has performed with artists including Wynton Marsalis, The Jazz at Lincoln Center Orchestra, Dr. John, Maceo Parker, Ronnie Wood, Guy Barker, at countless sell-out shows including Ronnie Scott’s, The Barbican, and The Lincoln Center (New York).

Adrian is influenced by the great New Orleans clarinettists such as George Lewis, and at present he is touring a show called “Profoundly Blue” which celebrates the music of his favourite clarinet player Edmond Hall. His 2018 tour had rave reviews as well as a feature on the Cerys Matthews show on BBC Radio 6.

Cox is also a member of UK jazz act Kansas Smitty’s House Band, where his distinctive sound and songwriting accomplishments are invaluable to the group.

Adrian’s love for the clarinet is eminent in his soulful and inspiring playing, and he will lift any bandstand.

Students and people of low income are applicable for concession tickets 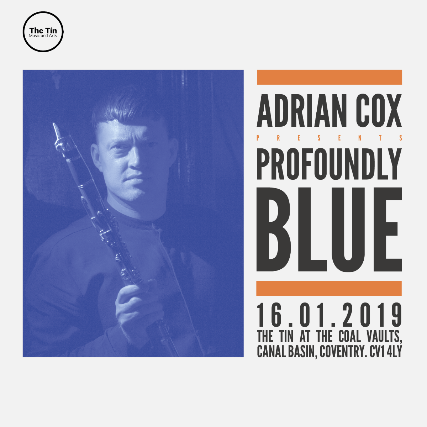